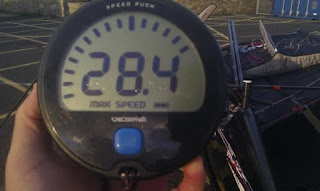 Some data from my speed puck.

Posted by John Chambers at 06:28 No comments:

How to launch a Moth

Rig up you sail head to wind like any other boat. 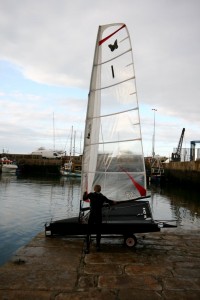 Bring her down the slip on the trolley. Flip the boat onto it’s side (sail directly downwind). 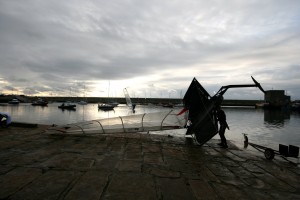 Put foils in from underneath hull. 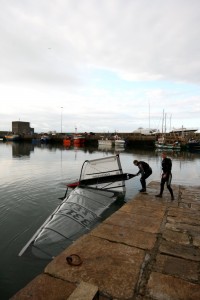 Lift boat into water on it’s side. 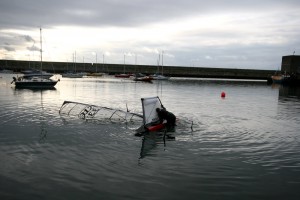 Stand on the mainfoil to right the boat.

Find some wind to go foiling.


Photos by: Noel Butler
Posted by John Chambers at 06:26 No comments:

The moths had a great day’s sailing yesterday in the DBSC summer series.
This was the first time we had 2 moths out sailing on the course together.
Lovely 12-15 knots for most of the afternoon.
With the waves in Dublin Bay it’s apparent that a retractable wand in a must for any foilers!

Race 1, I was 1 minute late for the start but quickly caught up with the IDRA 14s and RS400 half way up the first beat.
Did 3 laps of the Triangular Olympic course (triangle, sausage, triangle) although I rounded all marks on the course each time.
It seams to make more sense to do 2 reaches on the runs and stay foiling.
Laps took around 10mins each so I think the full race took 25-30 minutes.
I didn’t actually get a finish on the results sheet (DNC apparently – may have been a sail number mix-up).
Did some calculations and it looks like I might nearly be on the pace!!
Definitely and improvement on my previous attempts anyway.
I think it took me 25mins to complete the course… need to double check though


Obviously not a winning score yet but it could have been good enough for 2nd place (00:42:27 corrected)

Race 2: Was an absolute blast. Great start…. think I was just about clear on the line.
The pace of the boat can be surprising. Did 3 good laps and finished well….. however I was supposed to do 4!

Stephen Oram got out for the start of race 2 and did a few laps. He’s foiling with ease and learning all the intricacies of the boat at a rate of knots. With the addition of the retractable wand we reckon life will be easier in the swell.
Since getting the course wrong I’ve learned to read a course card and hopefully won’t make another silly mistake again.
Looking forward to next Tuesday’s racing!

Video by: Ed Butler
Posted by John Chambers at 06:12 No comments: